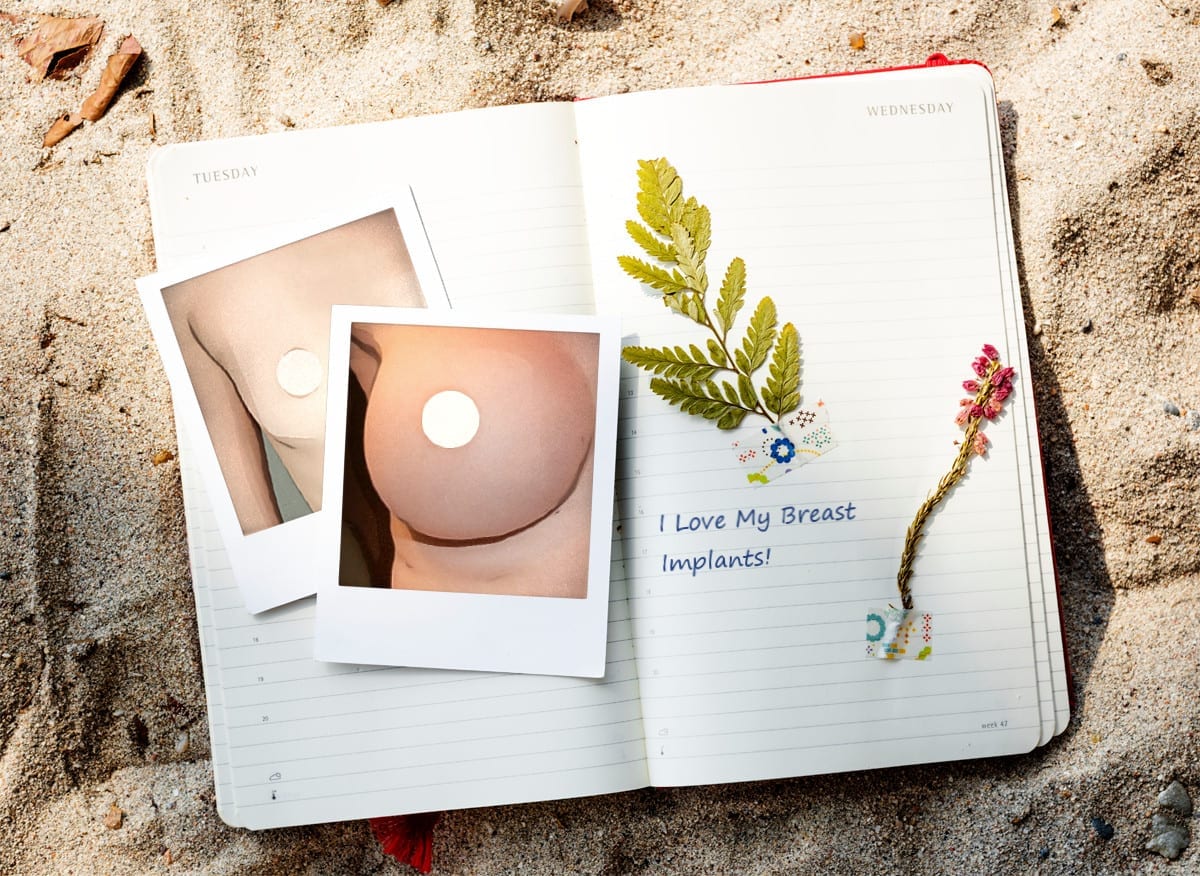 Breast Implant Before And Afters: Read This Before Looking

Nearly every cosmetic plastic surgeon sports their own breast implant before and afters on their website. Understanding how to use breast augmentation before and after galleries is key to setting your expectations realistically for the procedure. In this article, we’ll outline the key features to look for when analyzing breast implant pictures to make this process more valuable.

When looking at breast implant before and after shots, pre-operative breast size is a key consideration.

A patient with a small cup size and flatter chest will often obtain results, as seen in many breast implant pictures, that show more round-shaped, and very perky breasts compared to women going into surgery with larger cup sizes. Flatter-chested patients usually end up with breasts that are essentially “created” by the shape and size of the implant itself. Their own skin and minimal breast tissue more or less just cover the underlying implant. To achieve a less rounded look, flatter chested patients will need to consider small implant sized and/or tear-drop shaped implants.

Here’s a link to a good example of breast implants before and after of a patient that started with a very small cup size. Note the rounded shape of the breasts in the after pictures that very much represent the shape and size of the implants themselves.

For Not So Small Cup Sizes

Conversely, breast augmentation before and afters of women going into surgery with larger cup sizes tend to show more “natural”, less spherical outcomes. In these cases, the final breast shapes tend to appear as more of a combined effect of the woman’s natural breast merged together with the underlying breast implant.

Check out this breast augmentation before and after set showing a patient that had a substantial breast size going into surgery. The after pictures show a less rounded look that is, in essence, the melding of the natural breast and the implant. To achieve a more rounded and firm look, larger-breasted women may need to go with very large implants sizes or incorporate a breast lift procedure.

Breast Implant Before And Afters: Sagging

Similar to size, sagging is a key consideration when perusing breast augmentation before and after galleries online. Breast implants can fill out the looser skin of a sagging breast to an extent that is proportional to the size of the implant. But you’ll notice that many breast implant pictures of women that started with noticeably sagging breasts will indicate that both an implant and breast lift was done. This is because, while implants do fill out loose skin, they do not achieve other aspects of breast lift surgery such as repositioning the nipple from a downward-facing orientation to more forward-facing.

With significantly saggy breasts, repositioning of the nipple and areola will generally require incorporating a breast lift into the procedure. If not specifically mentioned in the breast implant before and after description, you can look for scar patterns such as a vertical or anchor incision in breast augmentation before and afters which are a giveaway that a lift was done as well.

Here are breast augmentation before and afters of a patient with some sagging that didn’t have a lift done together with her implants. Note that the breasts are nicely enlarged but remain somewhat sagging. Compare that to this patient’s before and after pictures who also went into surgery with some breast sagging but had a combined implant and breast lift procedure. Her final result shows how a lift affects the final result. Note the tell-tale lollipop pattern scar around the areolas and vertically down the front of the breast left by the breast lift procedure.

Breast Implant Before And Afters: Skin Color and Tone

The major implication of skin color when looking through breast implant before and afters is that darker skin tones such as African American and Asian are well known to be at higher risk for thicker, raised hypertrophic and keloid scars. If scar quality is of high priority to you, it may be deceiving to judge your own potential scars by looking at breast implant pictures done on people with substantially different skin color. For example, if you have a darker skin tone, take the time to look at scar results in breast augmentation before and after galleries for patients with similar skin color to your own. Doing so will allow you to appreciate scar types that may be more common among people with similar skin color to yours.

Looking through breast implant before and afters without zoning in on cases that are similar to your own is a setup for false or unrealistic expectations. A better approach is to look for breast implant pictures that closely relate to your own situation. Three main factors to try to match to your own breast characteristics among the vast number of breast augmentation before and afters online are: pre-surgical breast size, sagging, and skin color. Keep the checklist below handy as you look through breast implant pictures to maximize the benefit of your online research time.

Breast Implants Before And After Checklist

Look For Patients With:

☐ similar degree of sagging (was a lift needed?)